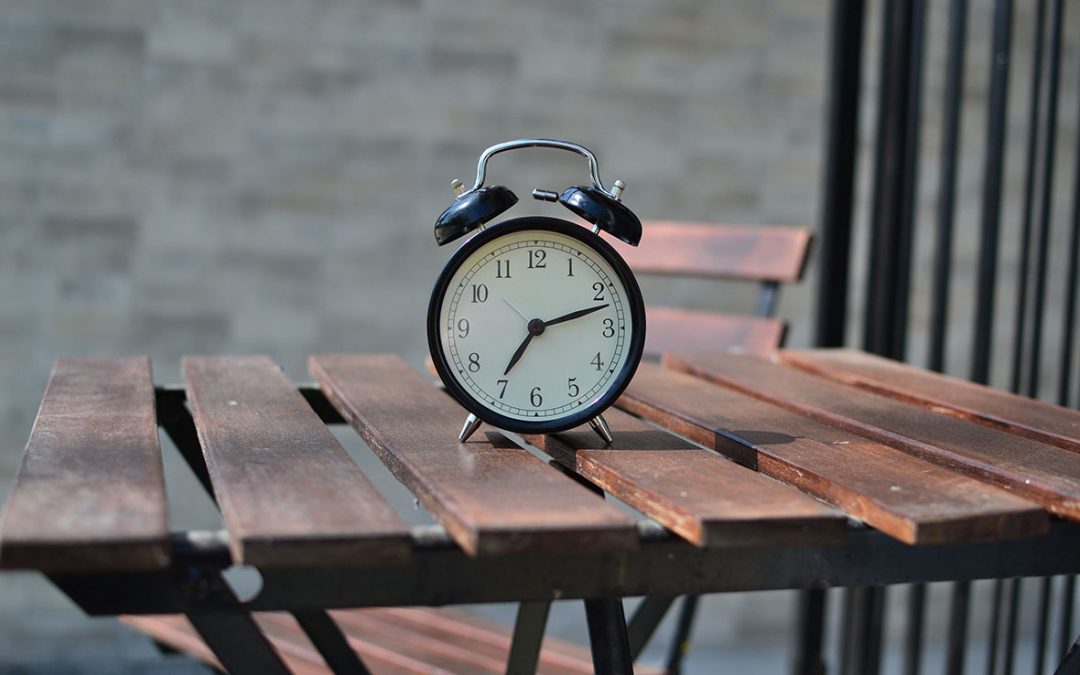 Find out how Real-Time Bidding for Inbound Calls works, what it means for the future of Pay Per Call and how to buy and sell phone calls programmatically.

What is Real-Time Bidding for Phone Calls?

The world’s largest buyers of phone calls buy them programmatically, and that means they’re using computers to make decisions on which calls they’re going to buy, how much they’re going to pay for them, and where their calls are going to go.

Ringba is a unique platform, because it’s the only platform that you can run an entire Pay Per Call Network on, run an entire call buyer business on, and automatically integrate with all of those world’s biggest buyers of calls so that you can also sell your calls programmatically.

Now if you had to do this on your own like companies had to do in the past, you would have to invest millions of dollars into your real-time bidding infrastructure so that they could do this. But we did that. We spent the money for you, and you can now power an entire real-time bidding network for phone calls using the Ringba platform.

How Real-Time Bidding for Calls Works

Here’s what a call flow looks like when you’re dealing with real-time bidding for calls, or are in a ping tree environment, which is a ping post environment if you’re coming from the lead gen space: 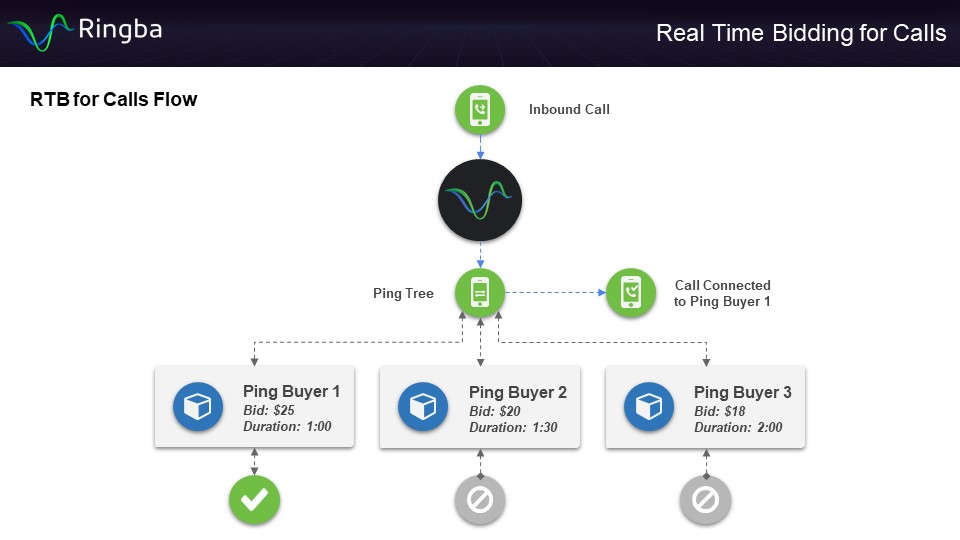 A phone call comes in, it hits Ringba’s platform, and Ringba pings out to all the buyers. Now, it could be one buyer, and it could be three buyers, it could 3000 buyers it doesn’t matter.

Our CTO comes from the RTB space. He was the former CTO of one of the world’s largest ad networks. Our engineering team knows how to handle pings at a massive scale in an RTB environment. And so, no matter how big of a ping network you build, and how many buyers you plug into it, we can automatically scale to handle that capacity. It is not an issue.

In this example here we have three buyers: The first buyer returns a bid of 25 dollars and a minimum duration of one minute. And so, that means that the buyer will pay 25 dollars for the phone call regardless of what category, or what type of call it is. They’re going to make a bid on it with all of that information we send them. Then once that call hits one minute, after it’s has connected to the buyer, they will pay for it. Buyer two returned a bid of 20 dollars and a duration of one minute and 30 seconds. And ping buyer number three returned a bid of 18 dollars and a duration of two minutes. So, the first buyer had the best bid. You’re going to make the most money if they call goes to them, so they win. Then Ringba routes that call to buyer number one.

If you’re using our RTB for calls infrastructure, all of the other types of routing plans come into play here as well. If ping buyer number one doesn’t answer the phone call, or the call dropped. Or there’s a busy signal we’re going to automatically go through this process again, and route it to a different buyer whether they’re a ping buyer, or in a typical routing plan. We’re not going to let that phone call die.

Let’s take a look at what this looks like when you’re dealing with a ping tree and static buyers. By static buyer, I mean maybe you have a direct relationship with a call center buyer that’s paying you a flat rate per phone call.

When you set up your call tracking campaign for this, and you add a ping tree into the fold; we’re going to ping all your buyers. Before we decide where the phone call goes, to make sure that you get the maximum amount of money whether you’re dealing with static buyers, Pay Per Call Networks, or programmatic buyers all in the same routing plan.

Let’s run through this from start to finish: 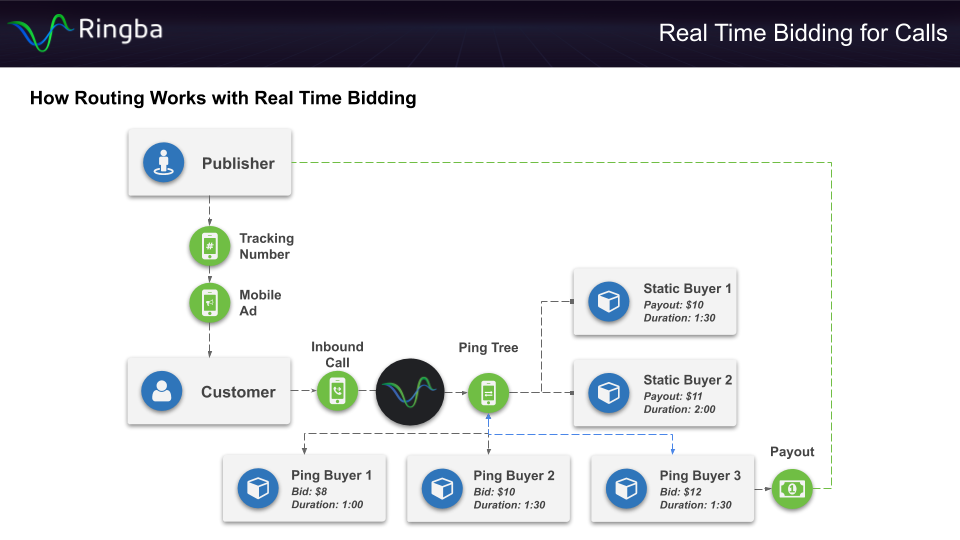 You’re a publisher, or you generate the phone call through one of our tracking numbers. The consumer sees your ad, and they pick up the phone, they dial, it hits Ringba. Ringba then takes a look at this and sees that you have programmatic buyers and static buyers configured for this campaign. So, before the decision gets made, we ping out to all your buyers, and they return bids for that phone call just like display advertising.

That is exciting, because display advertising’s about ten years ahead of calls, and we’re starting to see a transition to programmatic calls, and that’s going to create some fantastic opportunities for everybody. That’s why I’m so excited about this.

We’re also going to take a look at your static buyer’s then once all of the bids are in, we’re going to predict which buyer is going to have the highest likelihood of converting for you. Which one’s going to make you the most amount of money? Whether it’s on a raw call or duration based one; all these things. Now, we will score all of your buyers to see which one has the highest probability of yielding a conversion, and we’re going to take that into account when Ringba makes its decision on where your calls going to go so that you receive the maximum amount of money for that call.

In this scenario, ping buyer three is the apparent winner, because they bid significantly more than everybody else, and has a reasonable duration.

Now, ping buyer one, we don’t know just what the decision making looked like, but it has a shorter duration so a higher probability of conversion. And so, what we do is we figure out the estimated earnings per call based on the previous behavior of all these buyers, and then we decide which one is going to make the most amount of money for you. 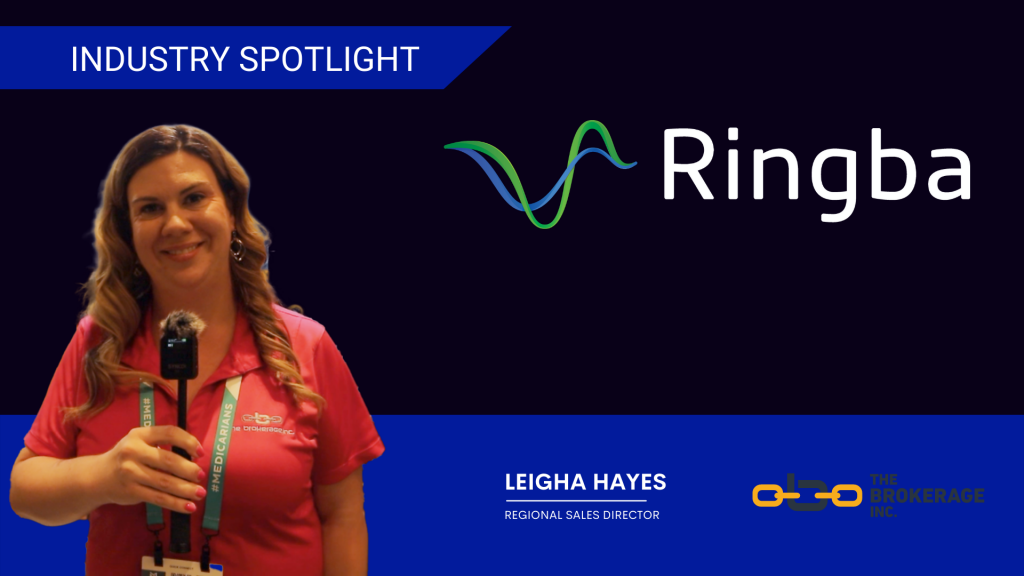 Staying independent is possible and easy to do. Learn how to grow your business using The Brokerage Inc.'s resources and support systems. The Brokerage Inc. offers the best carrier contracts, first-rate incentives, in-depth product training, exclusive sales tools, and diverse marketing programs to give you the competitive advantage you need. Their business is designed to…

Bringing a smile to every customer. See how NCD promises to provide high-quality, affordable dental vision care. NCD is a dental &vision insurance company creates products with the promise of providing high-quality, affordable dental & vision care. Their plans will fit your budget and give you peace of mind. Featuring: Sandi Martin & Jesse Cranmer… 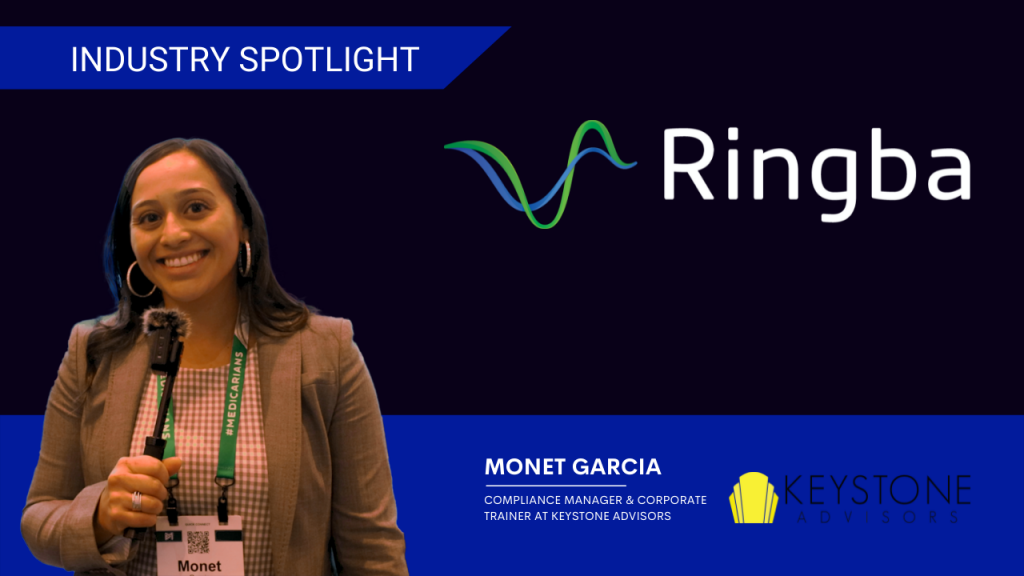 Find out how our friends at Keystone Advisors are helping insurance agents and carriers to build their business in 2022. Keystone Marketing Advisors is a full service marketing agency aligned with top carriers to provide our partners and clients a broad and competitive portfolio. We are dedicated to our agent partner’s success and development in… 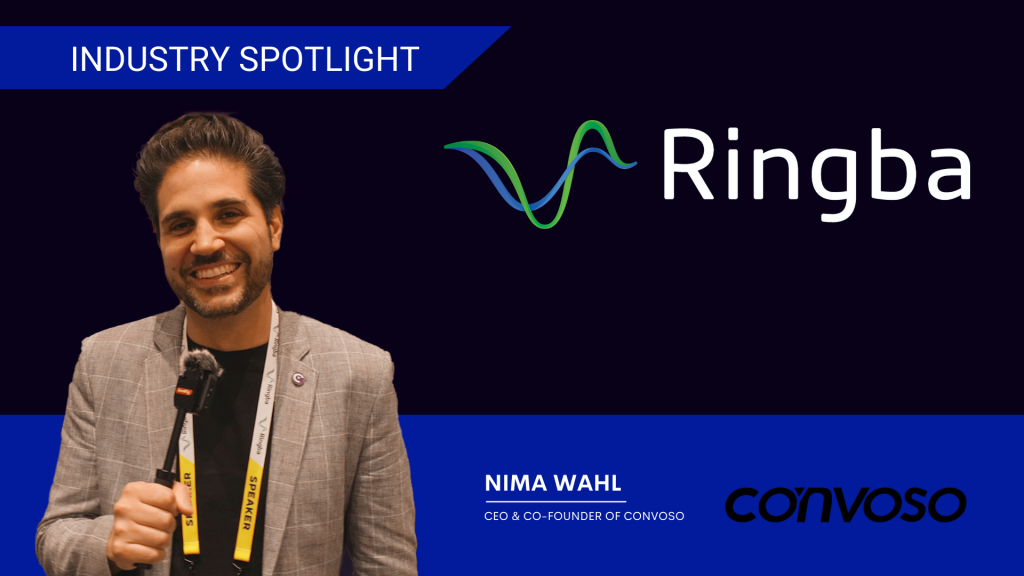 Make your high-performance days, every day. Convoso’s mission is to provide their customers with products and services that will generate and convert more leads faster using the right channel, with the right message, and at the right time. Convoso is a a team of outbound call center experts who share a common goal of helping… 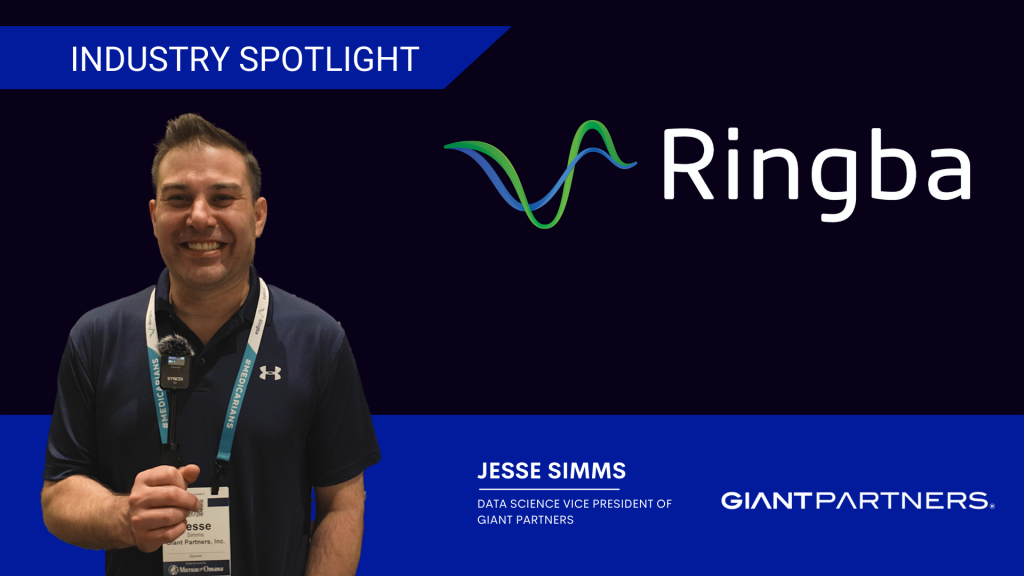